Paestum has been for a thousand years a romantic ruin in the midst of a solemn wilderness. Its Doric temples, hardly surpassed even by those of Athens in noble simplicity and good preservation, produce an incomparable effect of majesty and grandeur. The ancient site is set in a grassy field surrounded by gardens and hills. Although the site is small, it’s so charming that you may want to spend time just relaxing here. and to the exceptional museum, that holds finds excavated from the site and around, including a set of archaic period Greek metopes. Here you will find the tomb paintings, one of which, the so-called “Tomb of the Diver”, is a graceful and expressively naturalistic piece of work, the only existing example of Greek wall painting in Italy. 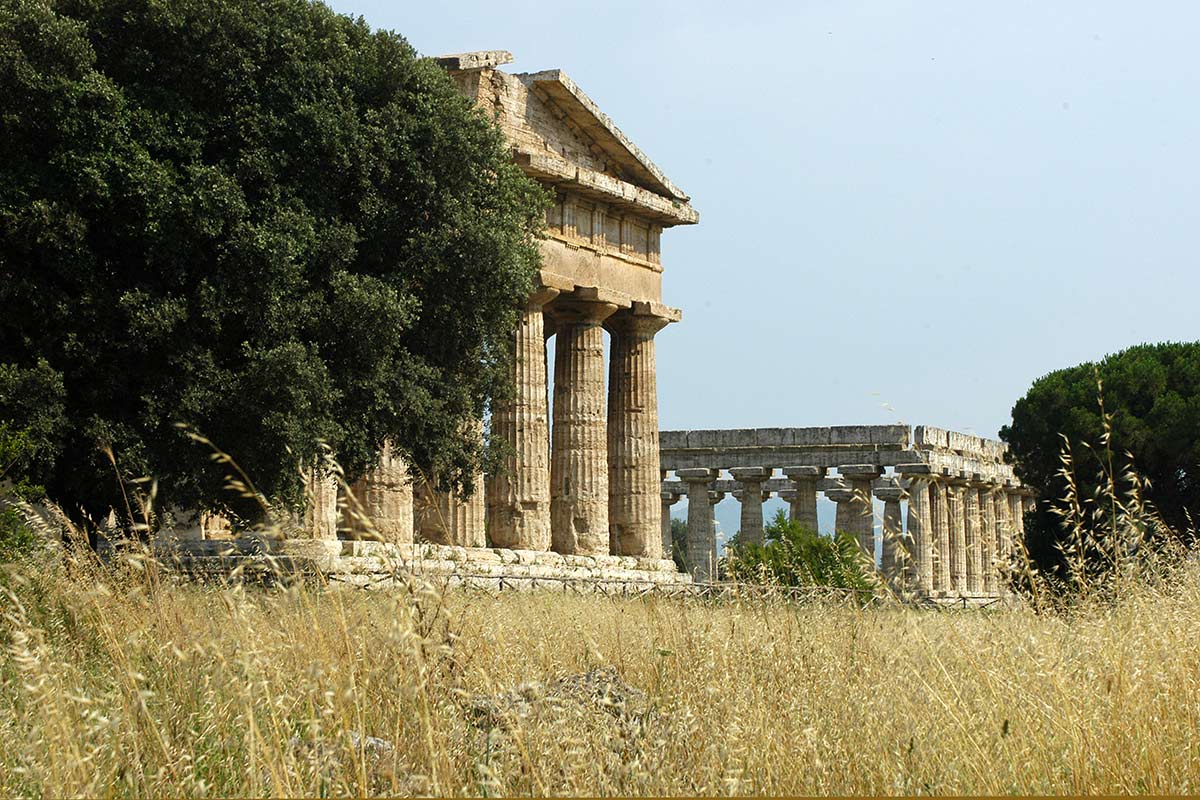 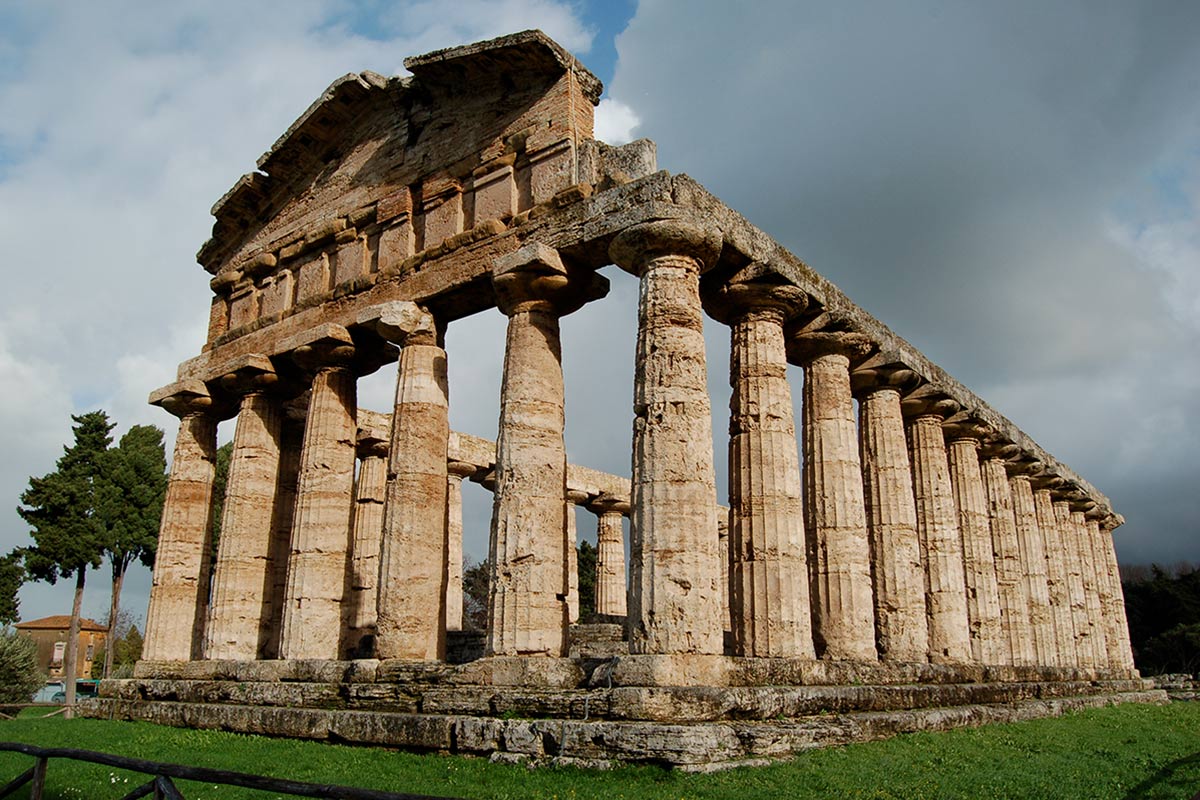 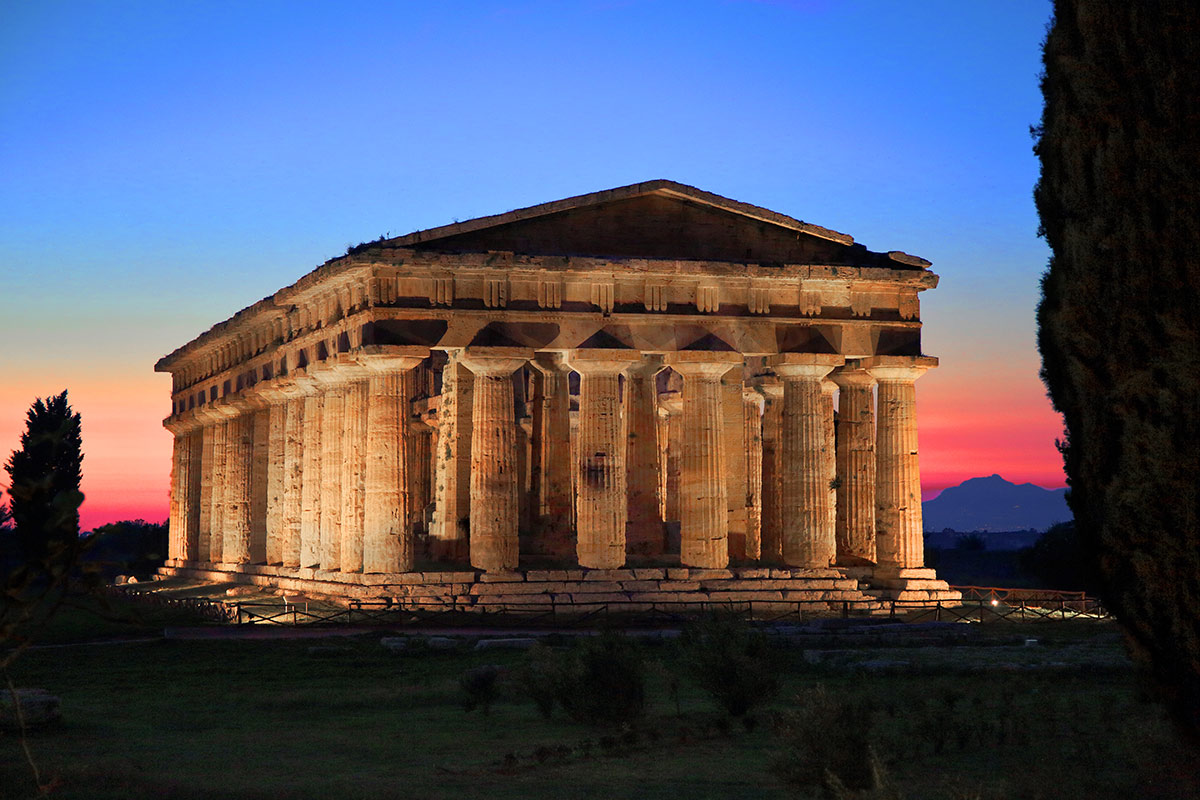 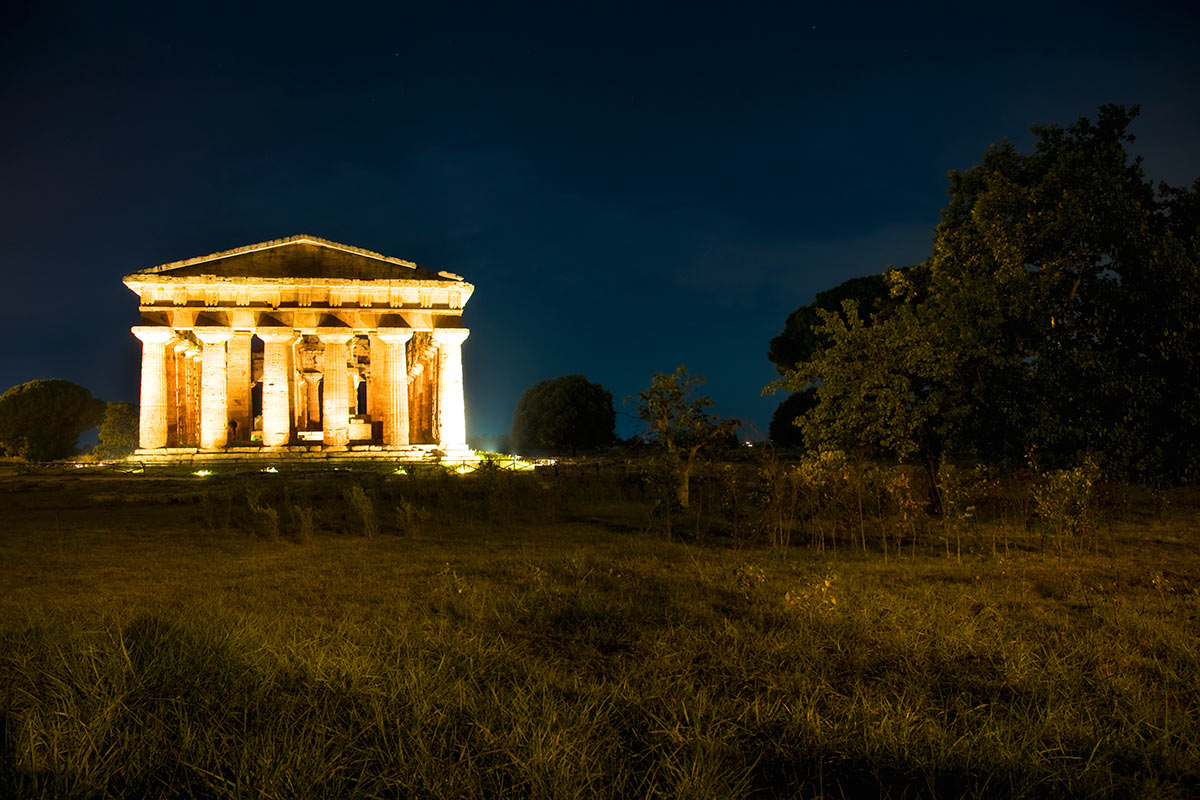