Erected on tuff cliffs overlooking the sea. The houses are surrounded by lemon and orange plantations, the typical vegetation of the area. Sorrento’s laid-back living is known to all, pleasant temperatures all year round, the sweet scents of its gardens and panoramic terraces have contributed to its fame. 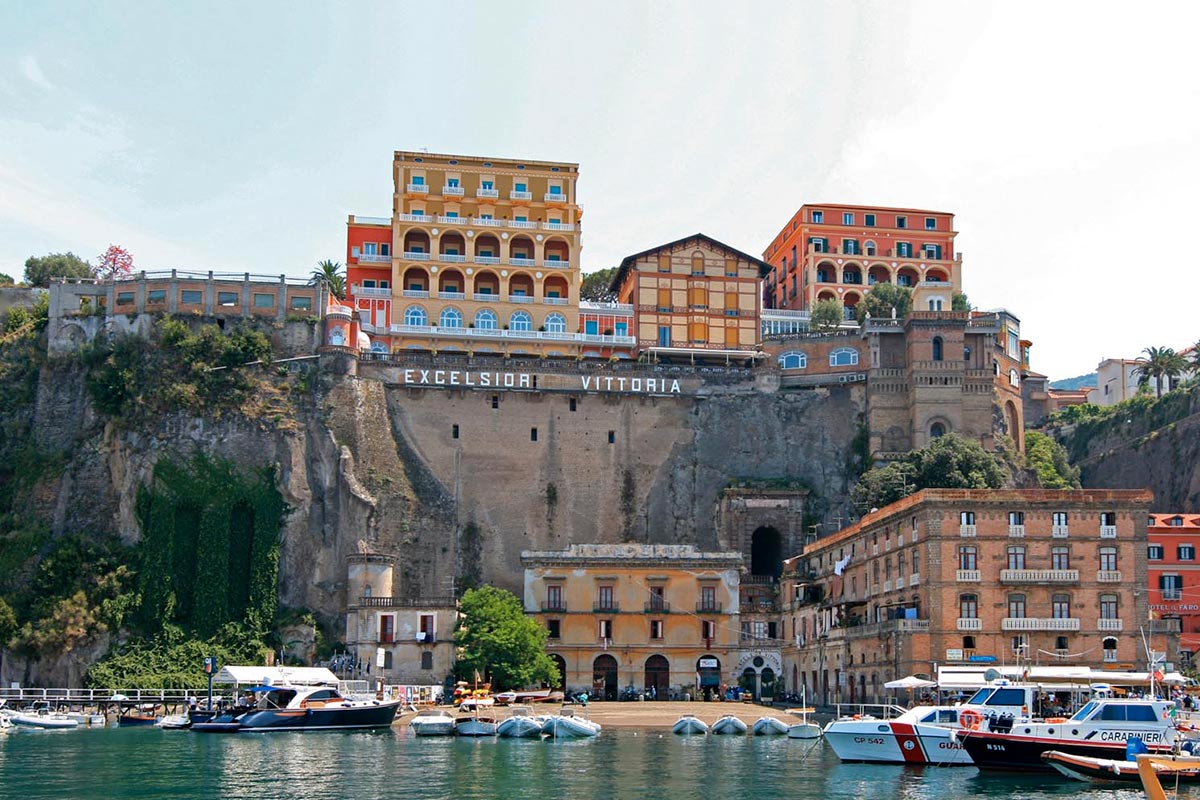 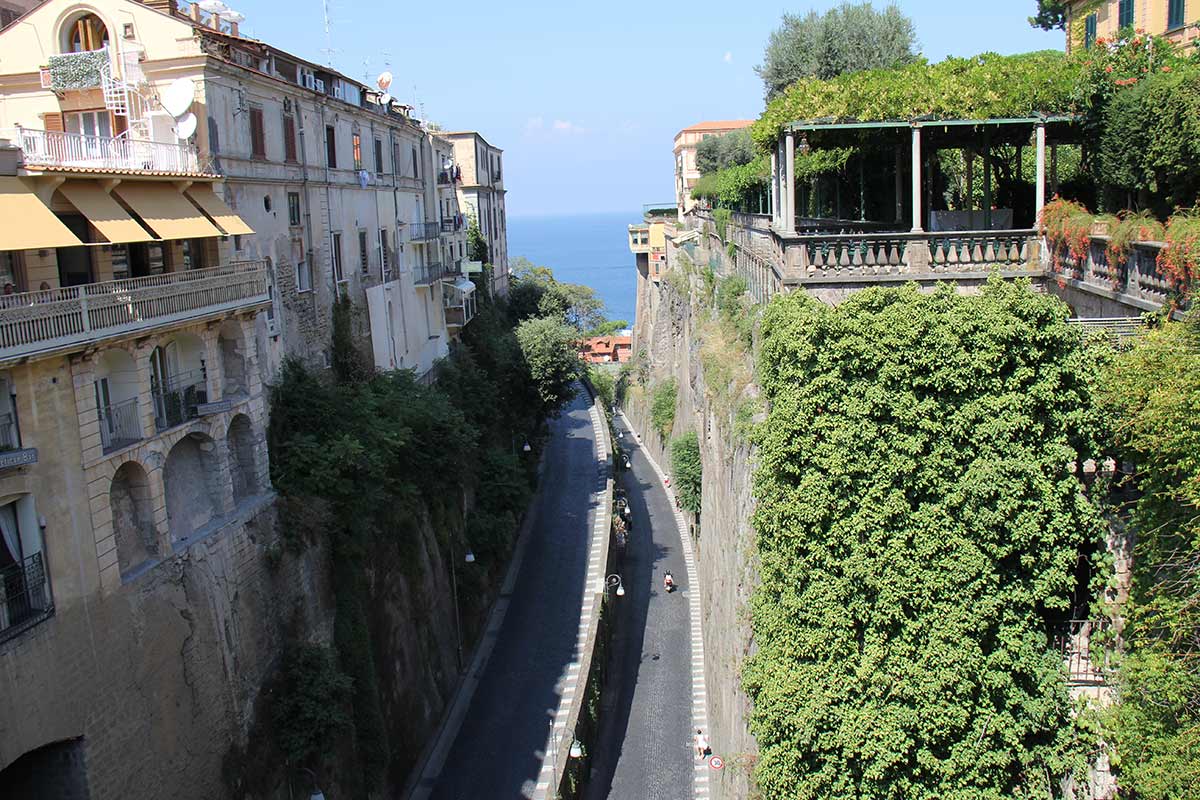 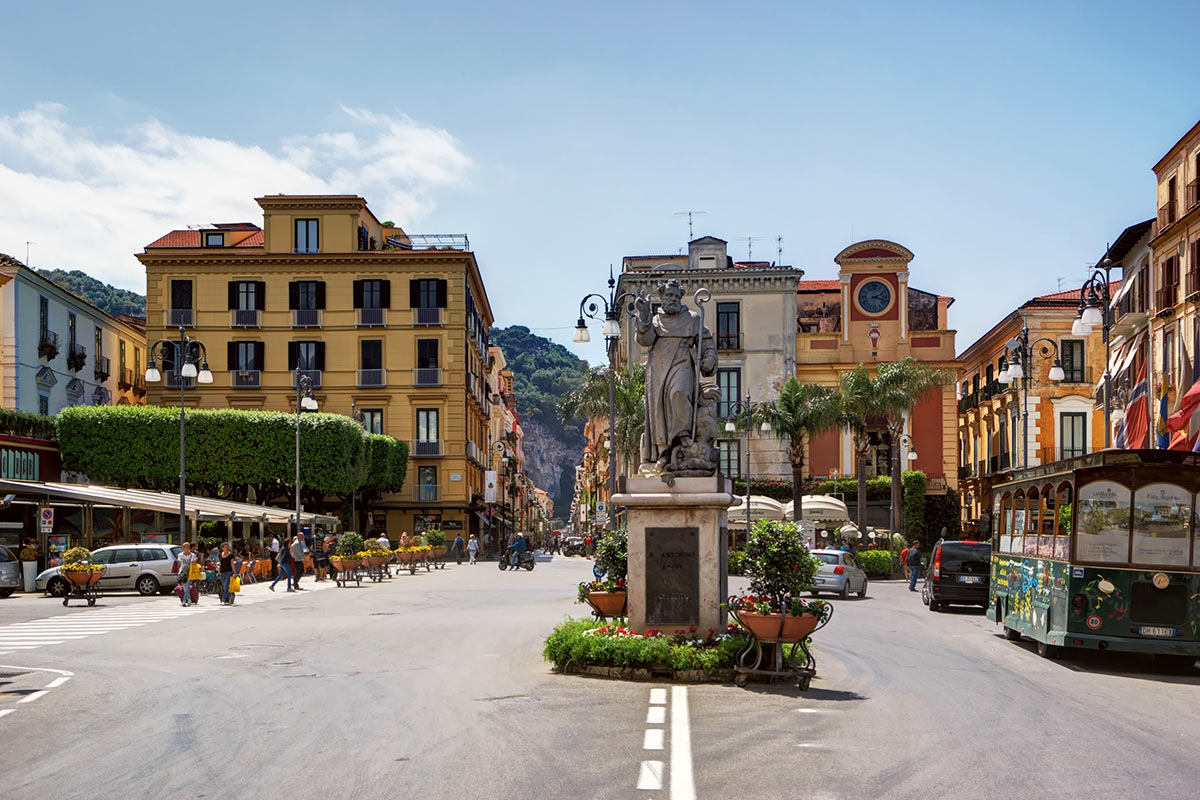 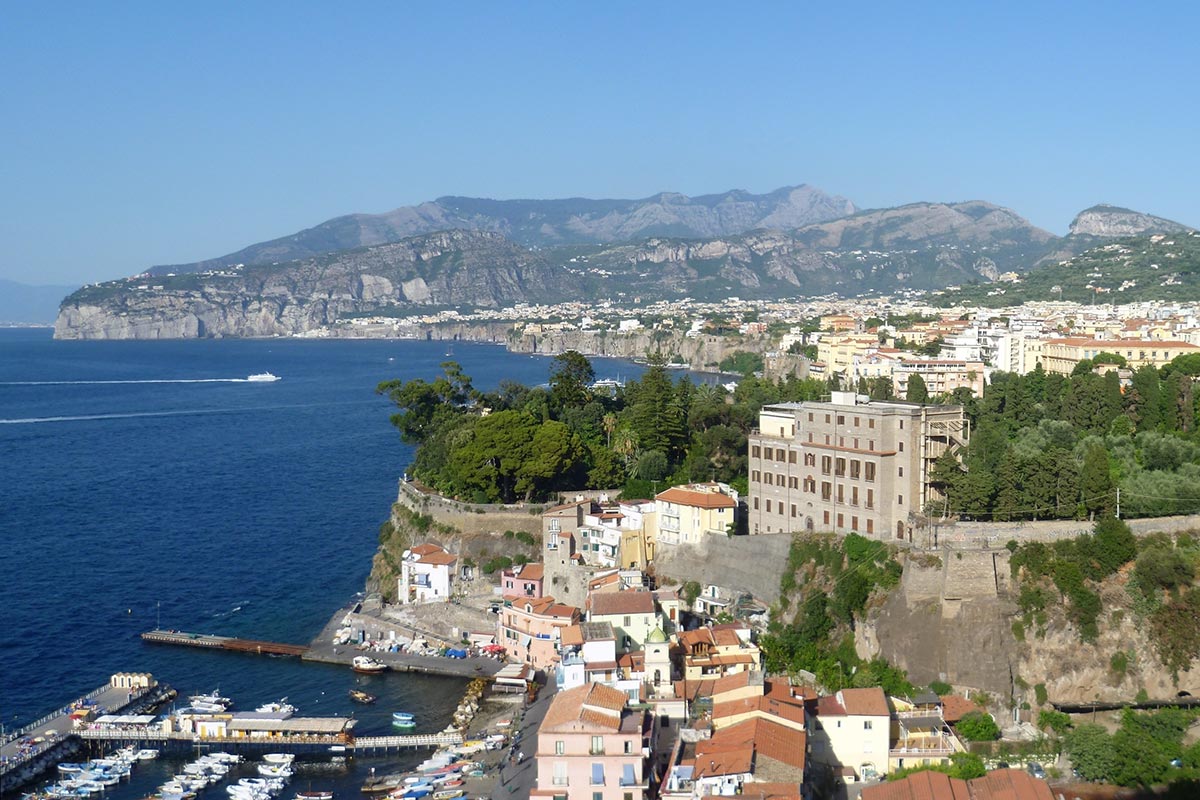 What to see to Sorrento

The historical centre famous for its narrow streets and the artisan shops that produce “zoccoli” (typical sandles), the Duomo, the Museum Correale of Terranova and the public gardens overlooking the sea that offer a spectacular panorama on the Gulf of Naples. In the lanes of the old city centre, still untouched in spite of the progress and mass tourism, have survived churches and ancient monasteries, keepers of valuable memories. Centuries old palaces and Durazzo portals evidence the splendour of the noble families of Sorrento. Via S. Cesareo, the lively “decumanus”, is the beating heart of the town, with its many-colored shops, where tourists from every part of the world crowd. But the real architectonic jewel of the town is the fourteenth century Cloister of San Francesco, with crossed tuff arches of Arabian derivation, where the traditional concerts of the “Estate Musicale Sorrentina” take place.